Ultra High Performance Winter tires intended for Executive and Large Family cars with powerful engines and rim sizes from 16” to 19”. Compared to simple Touring tires they must provide reliable grip not only on city roads but also be stable and safety on the highway at high speed.

The first one in the rating is the Continental TS 850P.

The model replaced its predecessor in 2014, has asymmetrical tread pattern and huge size chart from 16” to 22”. It’s well-balanced winter tire with any disadvantages that regularly takes leading places in tests and shows stable high results.

Great and safety choice for city and highway winter driving.

It’s one of the youngest models in the rating released in 2018/2019 winter season.

In fact the model is just improved version of its predecessor – Goodyear Ultragrip Performance Gen-1. It has the same tread pattern design and its main difference is a modified rubber compound. The novelty uses two proprietary technologies «Winter Grip» and «Traction Protect» that increases tire performance at low temperatures on ice and snow.

In tests it shows good results on any winter roads and takes high experts scores.

Michelin was launched in 2011/2012 but still popular among drivers and shows good performance compared to some more innovative competitors.

Its rubber compound contains natural oil and silica for high grip at low temperatures and longer mileage. Compared to its predecessors the tire improves short snow and wet braking distance and good lateral stability on ice.

In 2017 it was replaced by the Michelin PA5 but it doesn’t have test results so we decided not include it into the rating.

One more UHP tire for dynamic winter driving replaced Nokian WR A3 in 2016. Compared to its predecessor the novelty got a lot of innovations increased its performance.

Another one the oldest tire in the rating.

The model regularly shows stable high results in many tests makes it a great choice for winter using.

Hankook is a great combination of the premium quality and good price: in many tests it shows very close results to the expensive brands like Michelin or Continental but costs much cheaper.

It is a well-balanced winter tire with asymmetrical tread pattern provides high grip on ice, snow, dry and wet. The tire doesn’t have any obvious disadvantages.

First of all the novelty got optimized tread pattern design: unlike its predecessor it has wider shoulder area and narrow strong central rib. Also it has modified rubber compound contains silica. All of this increased tire’s performance on winter roads: 15% better snow handling and 10% shorter wet braking distance.

Semperit is a medium-class Austrian manufacturer that nowadays belongs to the German Continental group.

The tire regularly takes a part in many tests where shows relatively poor dry performance, while on wet and snow it has safety grip, low noise and high wear resistance.

Combined to low price it’s a good choice for drivers who don’t want to overpay.

The model replaced the Nexen WinGuard Sport in 2017/2018 winter season.

Unlike its predecessor the new model got directional tread pattern with increased numbers of lamellas. Also it has a modified rubber compound includes silica and special polymers for better wet performance and higher wear resistance.

Overall, Nexen is a well-balanced inexpensive tire for any winter situation. 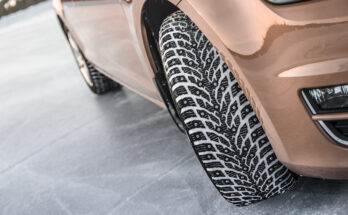 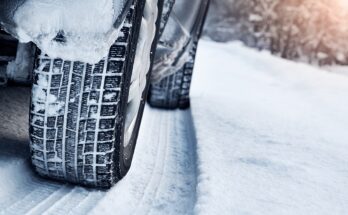